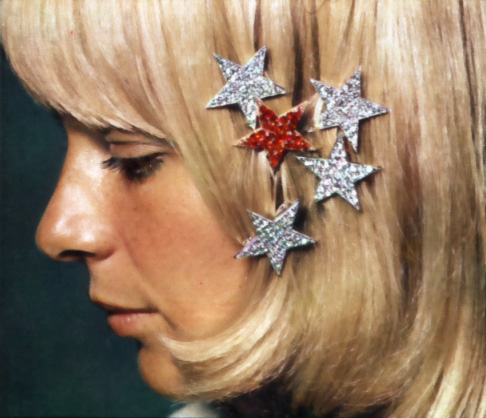 A repost, as requested by Kate, of the two songs Serge Gainsbourg wrote for FG in 1972:

Here's the original post and a later post where I make a poor attempt to translate France Gall's reflections on working with Gainsbourg post-'Les Sucettes'. Thankfully my readers help clean up the mess.

I used to have a video for 'Frankenstein' up on YouTube, but 'the man' took it down. Good thing someone polices this stuff, since there's such an abundance of France Gall 60s/70s stuff on DVD and you know, watching it online might take away from valuable sales. Oh wait, there are no releases. [/soapbox]

Luckily, someone else's addition of the clip hasn't met the same fate: watch it here. It's from Top à Jacques Dutronc, March 1974 and features Dutronc as a rather odd Frankenstein. Some screencaps can be found here.